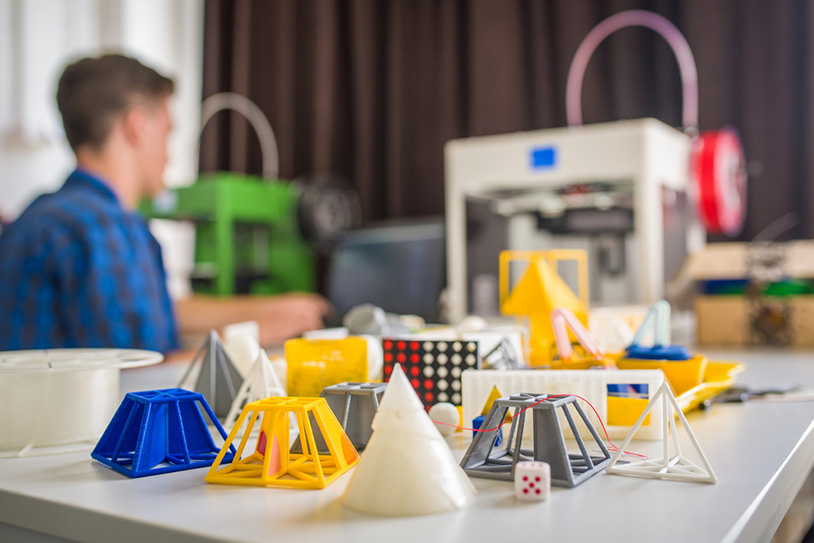 Posted at 07:10h in Uncategorized by admin
57 Likes
Share

Pompous announcements that 3D printers will change the world have been present for several years in all world media. The device that prints the image in all three known dimensions slowly began to change the world we live in. Recently, these machines were available to a small number of people, mostly scientists. But today, as prices of these devices are decreasing, they became available to ‘ordinary’ people. The features that these devices deliver are becoming unlimited.

It All Started Four Decades Ago

The concept of 3D printing was considered more seriously in the eighties of the last century. To allow people to patch and print objects and products, instead of buying them, they have developed the forerunners of today’s 3D printers. The later scientists introduced it as a system for generating three-dimensional objects. Devices of that time were too expensive and tricky to use because they demanded specialized training. Home use of 3D printers was just a dream.

At the end of the eighties, 3D printers used a resin modeled according to the sketch. Soon, a 3D printing technique of layers was invented. Even today, scientists work on their improvement. The final printing products are results of the many layers of different materials. Until recently, these devices made only monochrome objects; technology is progressing, and today, you can get three-dimensional printing objects in the desired color.

What Can 3D Printers Make?

Today’s 3D printers make everything, from food, through footwear and home applicants to stem cells. Each of these ‘products’ requires a different material (cartridge). It’s still complex to make so many different models of 3D printers. Nevertheless, we can’t imagine the future without these devices. The technology works on developing commercial 3D printers, available to ordinary people around the world, and they’re going the right way so far.